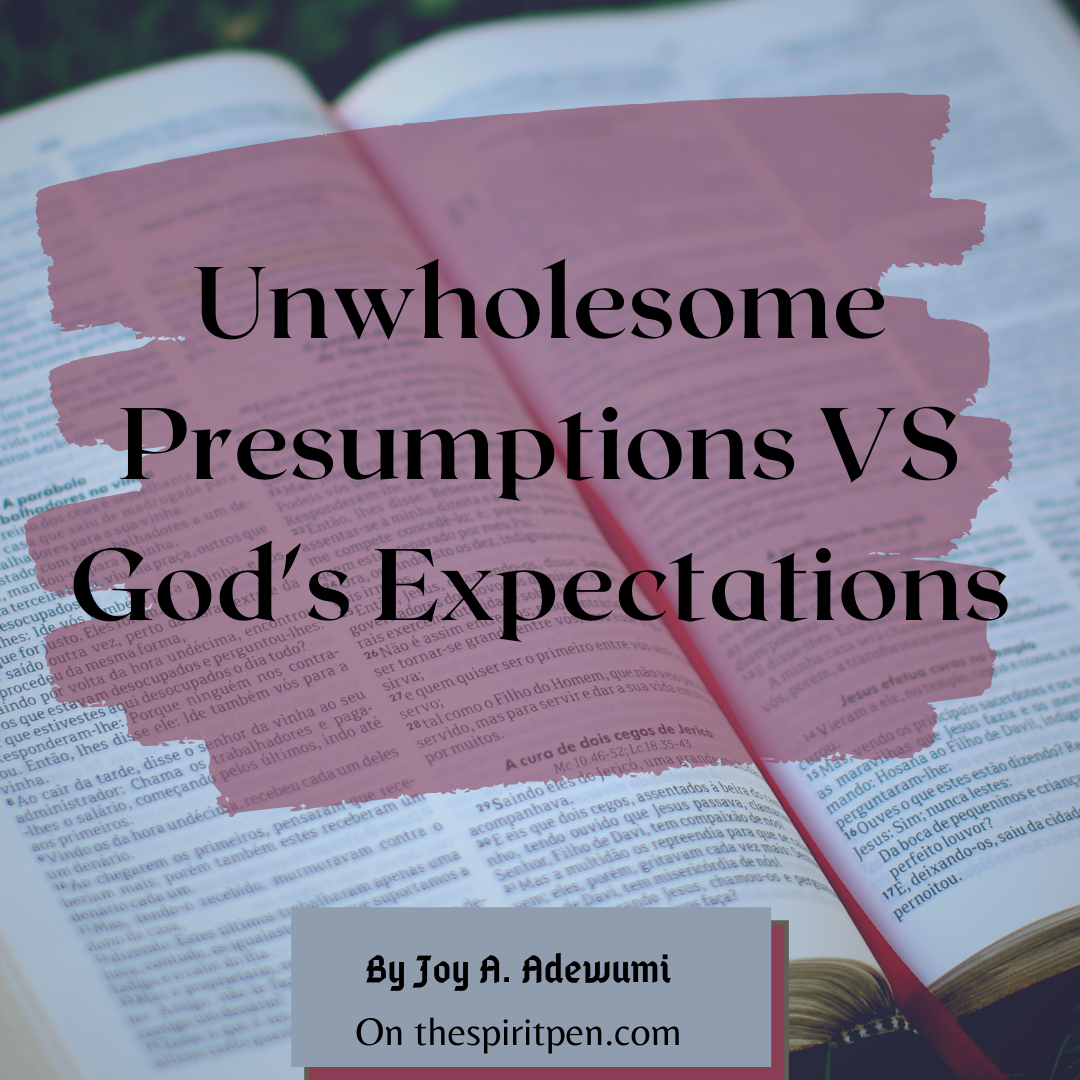 The story of Job fascinates me. A lot! It isn’t so much about how fixed he was on keeping the faith through his trials as it is the testimony God had about him. As I pondered on my bible reading some days ago, I came to an understanding of this part of the story. Job’s story opened with the description of a man who revered God so much that the Almighty Himself could boast of his faithfulness and righteousness to the devil.

Then the Lord said to Satan, “Have you considered My servant Job, that there is none like him on the earth, a blameless and upright man, one who fears God and shuns evil?” (Job 1:8 – NKJV)

This leaves no doubt about the authenticity of Job’s testimony. I mean, man’s testimony about your life is great and necessary for witnessing the faith, but nothing trumps having the Almighty Himself testify of your faithfulness to Him. This was exactly what Job had!

Now, fast forward through his trials, and we see three clueless friends who thought they knew the ins and outs of the heart of men and were bent on making Job acknowledge sins he never committed.

Zophar: If iniquity were in your hand, and you put it far away,
And would not let wickedness dwell in your tents. (Job 11:14 – NKJV)

The more Job insisted that he was just a victim of his trials, the more these men argued that he was simply being self-righteous.

Bildad: Behold, God will not ]cast away the blameless,
Nor will He uphold the evildoers. (Job 8:20 – NKJV)

They claimed it wasn’t possible for such trials to simply come on him if he hadn’t committed some wrong or the other.

Eliphaz: “Remember now, who ever perished being innocent?
Or where were the upright ever cut off? (Job4:7 – NKJV)

Suggesting Job look inwards to check if he had strayed was not the mistake his friends made. In truth, that was a good suggestion. Insisting and accusing him baselessly, despite his stance that he had done no wickedness in secret, was.

Click here to buy When the Water Falls by HEPHZIBAH ADEBOWALE

Men and brethren, sometimes we feel we know it all. We think we understand the workings of the faith so much that we can easily pass judgment on any situation that comes to our notice. We have seen so many instances where our instincts were right and so, we don’t even engage the Spirit of God anymore in discerning situations. Once a Christian is facing hard trials, we simply assume he’s committed some hidden sin. Yes, we just might be right – ‘might’ being the keyword here, especially if it has been revealed to us by the Spirit of God. However right we are though, it’s not our place to accuse, condemn, or crucify such a person. We have to keep in mind that counsel is man’s duty while conviction remains the Holy Spirit’s.

And when He has come, He will convict the world of sin, and of righteousness, and of judgment. (John 16:8 – NKJV)

Now, if the person who has details – through revelation – has no right to malign another Christian regardless of his/her faults, how much less those of us who are simply working on assumptions and presumptions?! This was exactly what Job’s friends did and often than not, it is what we do even if we never voice out our opinions. Not voicing out our opinions is not good enough though. This is because we’ve been called to be Christians not just in words and deeds but also in thoughts. Our thoughts are required to be in subjection to the Lordship of Christ and I need to remind you that thoughts that accuse and condemn others of sins you are not even sure they committed are certainly not what God desires of us. To fix this spiritual endemic, it is needful that we obey the word of God and have our minds renewed every day. A heart that is being renewed daily does not see a suffering brother and instantly accuses him of some hidden sin without details. It would not malign a Christian who’s fallen to hard times.  A truly renewed mind rather would be moved with love and compassion to pray for such soul.

And do not be conformed to this world, but be transformed by the renewing of your mind, that you may prove what is that good and acceptable and perfect will of God. (Romans 12:2 – NKJV)

There are other reasons apart from secret sins that make Christians go through unexplained hard times as we can see from Job’s story. It could be a test of faith. It could also be a result of an unwise (maybe business or partnership) decision that God wants him/her to learn from.

All in all, you don’t want to have a falling out in your relationship with God because you felt you were so knowledgeable that you could tell exactly what the cause of a person’s trials was.

When you are in a position to comfort or counsel a person who seems to be going through unexplained trials, rather than jump to conclusions, the following are things you might want to consider doing instead:

Ask for the Spirit’s Leading

Yes, you might have come across a thousand and one situations like this and they all turned out to be the results of secret sins but you shouldn’t get overconfident in that knowledge, regardless of what you suspect. Only the Holy Spirit knows exactly what each person’s situation is and you must seek and defer to His leading at all times. Don’t take your initiative regardless of your experience in delicate situations like this. It might turn out to be a mistake that could crash the faith of a brother.

But God has revealed them to us through His Spirit. For the Spirit searches all things, yes, the deep things of God. (I Corinthians 2:10 – NKJV)

Even if you already know and are sure that your counselee is suffering as a result of his or her wrong deeds, you’ve still got to follow in Christ’s footsteps. Be compassionate. If ever there was a person who had the right to accuse and malign the woman who was caught in the act of adultery and almost stoned to death, it was Christ. But we see the beautiful act of love and compassion He extended to her by forgiving her and giving her the grace to go and sin no more. Love is more winsome than any other method.

Yes, you want your counselee to know that what he/she has done is wrong and has eternally damning consequences beyond what he/she is going through at the moment, but you can find a way to do it in love. Once again, it’s a matter of deferring to the Holy Spirit.

Being compassionate is also important because, at the end of the day, it might not be a result of some secret sin after all, and in a situation like this, letting your actions be the physical manifestation of God’s abiding love just might be what that Christian needs to stand firm through those hard times.

Put on then, as God’s chosen ones, holy and beloved, compassionate hearts, kindness, humility, meekness, and patience. (Colossians 3:12 – ESV)

Whether the trying situation that brother has found himself is as a result of his wrong deeds or not; or whether or not you know the cause of that trial, intercede! The effectual fervent prayer of the righteous man avails much! Intercession works even if the foundations have been destroyed. So, intercede sincerely for such a person as you would for yourself or as you would have others do for you.

Confess your trespasses to one another, and pray for one another, that you may be healed. The effective, fervent prayer of a righteous man avails much. (James 5:16 – NKJV)

In summary, no matter how knowledgeable we are about the matters of the faith and regardless of the vastness of our experience with situations of Christian trials, we are not omniscient and never will be. For this reason, we mustn’t jump to conclusions about such situations as our misinformed comments and insinuations might be the last straw that would crush the faith of a wavering Christian. Instead, we should submit to the Holy Spirit to renew our thoughts and intercede genuinely for such people whilst treating them with love and compassion as we also could be in the same shoes in the near or distant future.

Yours in Christ,
Spirit Pen!

One thought on “Unwholesome Presumptions Versus God’s Expectations”