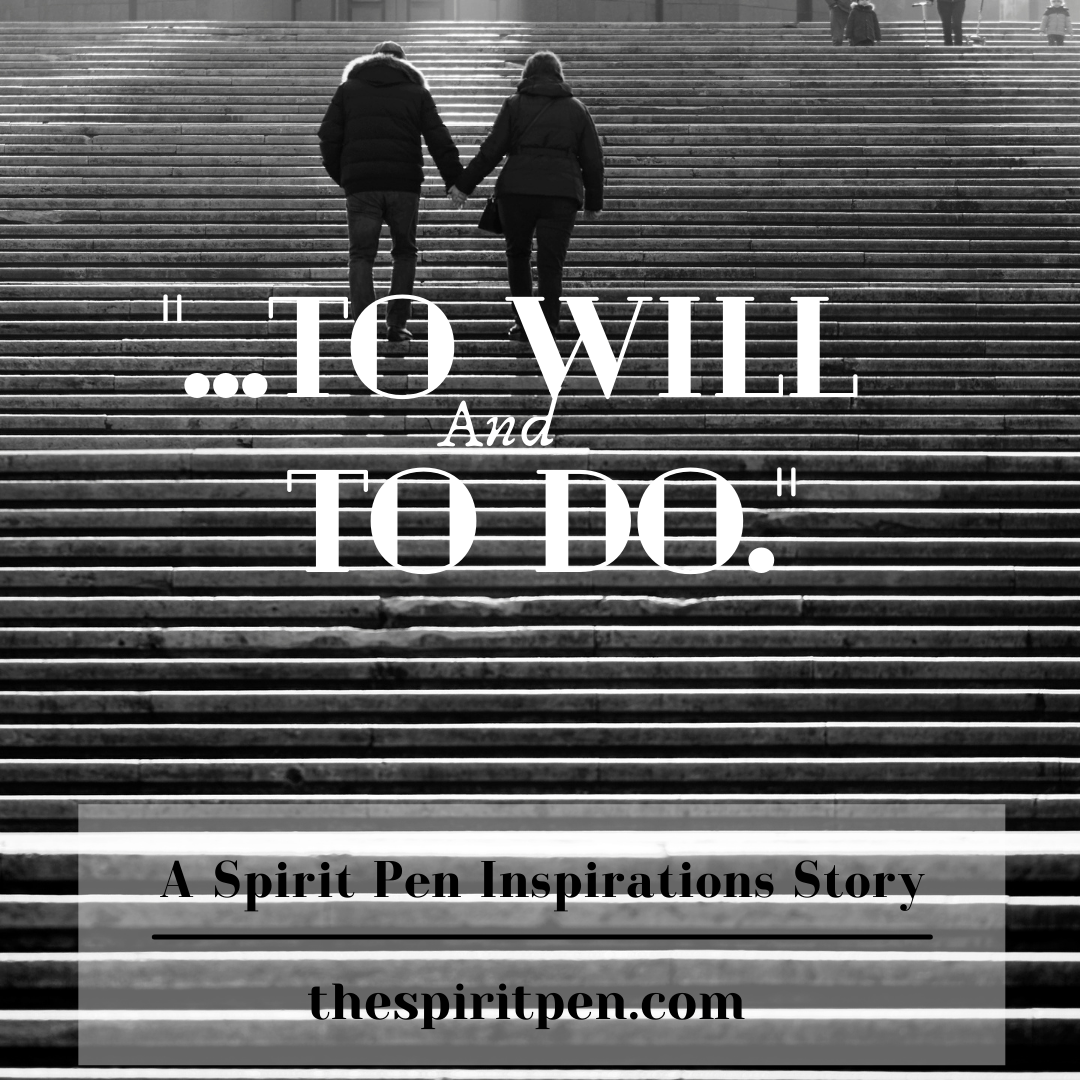 Mona smiled as she walked into the TV studio. The decor was every shade of exquisite but not so ostentatious that it did not feel welcoming. She felt at home already. Her smile widened as she sighted the host for the show she would be appearing on.

‘Oh, my word! You look even more amazing in person than the videos gave you credit for. I mean just look at this first-class gorgeousness.’ May, the host for Every Woman’s Turf gushed with merry eyes and Mona chuckled.

May did have a way with words so well that if one did not have a firm head on her neck, she’d lose it to the clouds in a twinkling of an eye.

‘Of course, honey, flattery would get you almost anywhere.’ Mona replied good-naturedly and was rewarded by a charming and beautiful smile from the younger lady.

‘I’m so happy to finally meet you in person, Mrs Taylor. I’ve looked forward to this for weeks.’ May replied as she began walking side by side with Mona towards a pair of chairs were some make-up artists were waiting to make them camera-ready for the live session. Mona smiled as they both took their seats and awaited the artists’ ministrations. She was indeed as excited about this session as May appeared to be. When she got an email from May two weeks ago inviting her to feature on the live show, she wasn’t sure what to do. She’d been on many short radio shows, a few popular podcasts and one pre-recorded TV show where her interview segment took no less than ten minutes, before. So, it was a surprise to get an invite from the host of one of the most-widely streamed TV shows in the country.

She’d asked for time to think about it. But in the real sense of it, she was just so scared she was ready to back out of it before she even let the idea take root in her mind.

She didn’t fancy herself some hot sensation. All she did was start a self-improvement blog and later, a podcast, where she shared lessons about her personal experiences, how they’ve shaped her and how she was on a never-ending journey of being a better version of herself each day than the last. Apparently, lots of people needed to hear what she had to share as the Spirit used her because the blog and podcast garnered way more audience than she could have imagined.

But one guest blog post turned to ten and one radio appearance turned to five and she knew the Holy Spirit wanted her to widen her horizon and reach more people than she could with only her blog and podcast. So, following Him each step of the way, she’d taken one invitation at a time and testimonies abound. This, however, was quite different.

READ ALSO: The Snare – A Short Story By Joy A. Adewumi

However, it didn’t take long for her to realise that the Spirit wanted her to accept the invite. It took dumping her fears and trusting the Holy Spirit to take over and do His thing, as well as a lot of patient answers from May about what was expected of her – hence the many video calls – for her to finally feel half-ready for this show.

She still didn’t know how it would go exactly but beneath the nerves was a quiet assurance that she was here not as a public speaker but as the representative of the Triune Deity.

If May noticed her nervousness, she didn’t show it. She simply ran Mona through the itinerary for their forty-five minutes live session. Soon the artists were done with their thing and May excused herself to go attend to some stuff before the show began.

Mona’s phone vibrated in her bag and she felt the movement against her thighs where the bag sat. Digging into it, she fished out the mobile and saw her husband’s ID on the screen. A smile formed on her lips as she swiped the green ‘Accept’ icon.

‘Hey, Queen.’ A gruff masculine voice called from the other end.

‘Hello, Your Royal Highness.’ She teased with a cheeky smile.

Gozie, her husband, chuckled on the other end as he replied, ‘Didn’t get your call so I decided to check if you had gotten there.’

‘I completely forgot to call. I was out of my mind with nerves up until you called.’

‘You know you’ll be fine, right? This is your calling and you have the Spirit’s backing. Just let him do what He does best. Open your mouth and let Him fill it like He has promised.’

He was not just her best friend and lover, he was her support system, not only in times like these but all the time. The mere thought that the beautiful life that she now shared with her husband was once a shadow of itself and that the mediocre life she had unwittingly chosen almost destroyed a kingdom marriage brought tears to her eyes. This man was a gift among men. He was her perfect match and she was glad she didn’t lose him when she was a terrible version of herself. ‘Eze m, thank you for all you do. You’re my best and favourite gift from God.’

Clearing his throat in what Mona could already pick was a fake motion, he replied in a phony tone, ‘Well, as long as you always remember that.’

‘Geez, Gozie, way to ruin the mood.’ She replied with a chuckle.

Gozie laughed heartily and replied, ‘Just release yourself to God, honey, and let Him do Him. I’ll be watching and cheering and famzing like a crazed fan from here.’

She laughed. ‘Of course, you are not just my biggest fan, you’re by far the craziest. Just don’t cheer too loud and disturb innocent patients.’

May reappeared at that moment and made some sign that seemed like it was time the show began.

‘Okay, I think it’s time.’ Mona spoke into the phone in a breathy voice.

‘Thanks, love. Later.’ She said and dropped the call. At that point, she knew exactly the experience she was going to share with the viewers for the anecdotal introduction May said she would need to give.

‘Welcome, beautiful people to this week’s episode of your favourite, my favourite, every woman’s favourite show: Every Woman’s Turf!’

The live audience cheered as May introduced the show. Mona thought the cheer would be nerve-wracking but was surprised to find herself smiling behind the curtain at May’s liveliness and charm.

Just before the first commercial break, May announced about five minutes into the show, ‘As you all know and expect, we have brought a wonderful guest on board for today’s show and I must be honest, I’ve been looking forward to having her with us for weeks. She’s truly phenomenal. However, you’ll have to stay tuned to meet this epitome of intellect and grace. She’s God’s gift to womanhood and creation at large. Don’t go nowhere!’

Mona couldn’t help but smile. Once again, thank God for a firm head on her neck. May was undoubtedly the queen of flattery but since no one was complaining, she wasn’t either.

Two minutes later, May was back on air and Mona waited with bated breath as she spoke.

‘Welcome, once again to this week’s episode of Every Woman’s Turf! It is with immense delight that I invite our beautiful guest, a woman of grace and flair, a big advocate of self-improvement. While some of you might have known her before now, for those of you who haven’t, well, I am highly privileged to introduce her to you. Please, welcome with me, Mrs Ramona Taylor!’

With a deep breath, Mona pushed aside the curtains and walked into the spotlight, literally. There was a thunderous applause from the audience and a very delighted May, waiting to receive her. After a warm hug – which was probably supposed to be perfunctory – both women sat down and the applause died down. ‘Wow! Just wow!’ May said throwing her hands up. ‘You know,’ she continued as she addressed the audience, ‘Within a month or so of studying Mrs Taylor’s web content and guest appearances, plus two weeks of knowing her personally, I must say we all are lucky to have her with us today. But so it doesn’t seem like I’m hyping her, I’ll let her do justice to her own introduction. So,’ May turned towards Mona, ‘Mrs Taylor, introduce yourself.’

With another deep breath, Mona smiled at May and then turned to the audience, which she knew was more than the thirty or so women seated in the studio, but was every single pair of eyes watching her now – home and abroad.

‘Well, every time I make a post or record a podcast, even if it is a guest appearance, I always begin by relating a personal experience. It’s the essence of what I do, after all. And I will do the same as in the way of an introduction, today.’ Then, with a smile, she added. ‘Don’t worry, I won’t bore you.’

Second half coming up next week… #Anticipate