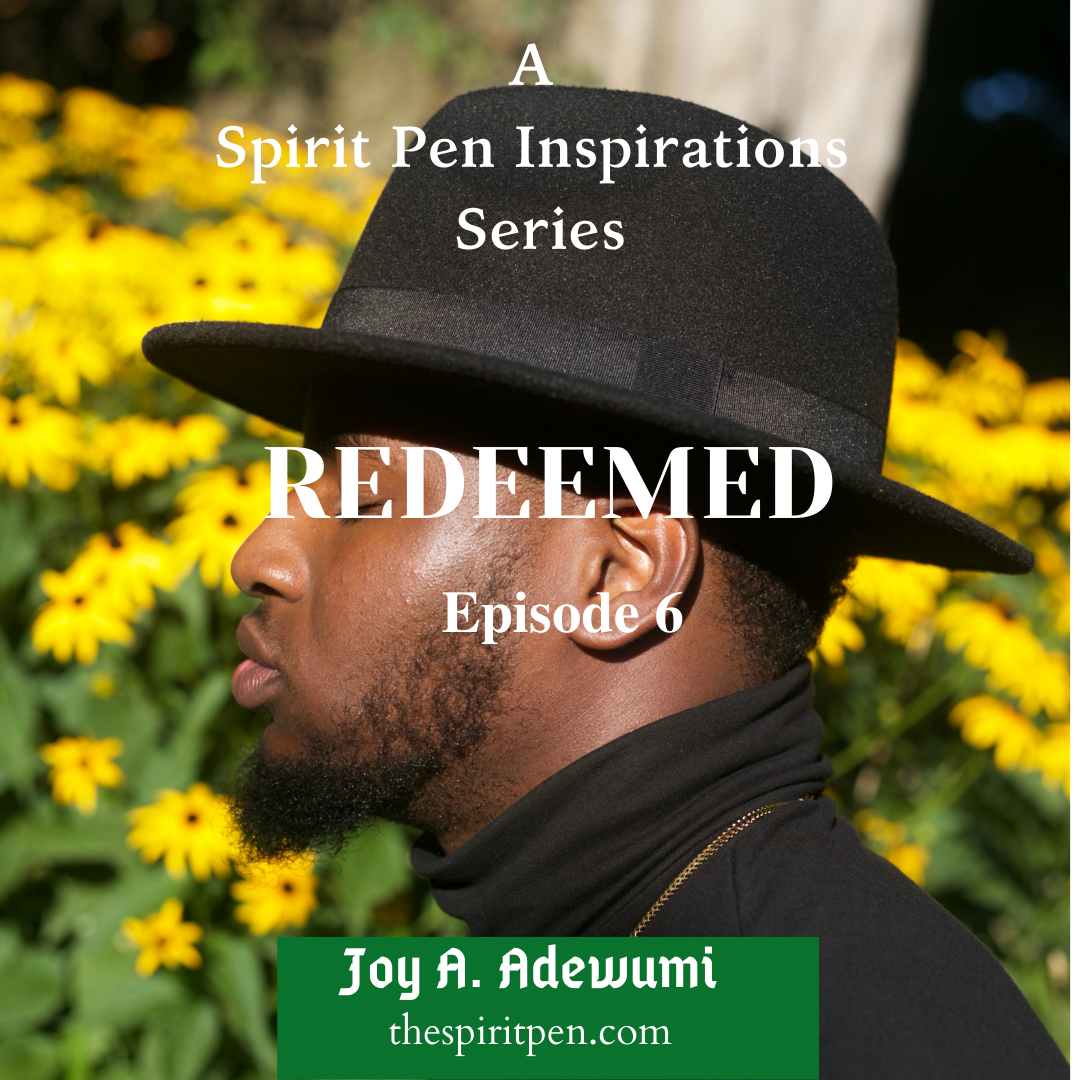 Femi groaned aloud as his alarm rang. He’d just gone to bed two seconds ago. How come it was dawn already? Right now, he was almost blaming himself for stopping to help that wasted fellow home on his way back from work last night.

The guy had been throwing a real fit with the bouncer and Femi thought he was at risk of getting his lanky, skinny frame broken into two once the very pissed bouncer got to the end of his thread. He had pulled over and tried to use all the psychological and intellectual knowledge he had to assuage the unsurprisingly unreasonable drunk.

The guy was bent on driving himself back home, while the bouncer was bent on calling him an Uber. As the fogginess lifted with the hot cup of strong coffee washing down his throat, he wondered with a clearer mind how a full-grown man could get so wasted.

Between his unreasonable demands to be allowed to drive himself home and the bunch of gibberish he kept blabbing during the thirty-minute drive to his place when Femi finally persuaded the guy to ride with him, Femi could tell he was a terribly disturbed fellow. He’d felt heavy in his heart as the guy alternated between lamenting his situation and cursing. He could tell deep down that this wasn’t just the regular drunk, and a burden for the guy’s soul had lodged itself somewhere important in his heart as he drove back home after dropping off the guy.

As he closed his eyes for a minute, battling the temptation to steal a few more minutes of sleep, Femi wondered why people felt drinking themselves to stupor was a good way to deal with their issues. There were better, even happier ways to escape reality and drown your worries for a while than doing it in alcohol. In his opinion, turning to alcohol was just a slower route to suicide. But then, the average person would argue that he was saying that because he was a doctor.

As they rode to the guy’s place the previous night, Femi knew he must have heard more curse words during that ride than he had heard all his life. The colourful words so distracted him that he could barely decipher the guy’s rants.

Maybe if he could, he would have had a better idea what to pray for. But for now, as he stood under the shower, all he could mutter was, ‘Dear God, that guy is very disturbed; he needs You, though he probably doesn’t know it. Chances that I will see him again are of course slim, but I hope when next I do – if I do – he’d be a better man with a better idea how to deal with the curve-balls life throws at him.’

Right after that, he moved on to praying about the surgery he was going to be a part of that afternoon.

‘So, Hamid, who did you say brought me home yesterday?’ I asked later in the day after I’d managed to pull myself out of bed and freshen up.

Hamid slapped the back of one palm against the other palm to indicate he didn’t have the slightest idea, ‘Oga! I no know oo. The man just drive come gate, horn, horn, horn and by the time I open door, him tell me say him bring you come house. He help me drag you go your room and him commot just like that.’

I blinked incredulously at my gateman, how did he end up in my employ and who on earth recommended him?

‘And you didn’t think to ask for his name?’ I asked just in case the stranger dropped his name but this weirdo forgot to include that detail in his narrative.

‘No oo. I no know maybe him be your friend and I no wan vex anybody.’ He replied.

I got his point, but I didn’t feel like letting him off the hook. ‘Guy, you are mad oo. Very useless too. So how am I supposed to show appreciation to this dude now?’

‘Oga, no vex ooo. I no know say you no know am ooo. Even sef gan, the way una two dey take talk, na like say na your friend. Na im my mind take calm.‘

‘We were discussing?’ I asked, astonished.

‘Ehn. Una two dey talk.‘ Hamid affirmed and my mind was all over the place as I sent him away, wondering who on earth brought me home that I could have been so chummy with.

My phone rang and Otunba’s ID showed as the caller. I silenced the call without a second glance and continued mulling over my confusion. Then, a thought occurred to me. The club! I couldn’t remember a thing, but the guy most likely drove me home from the bar. The bouncers and the bartender would know.

My phone rang again and I silenced the call again. The old geezer hated it when I did that, but while it wasn’t my reason, I took a small amount of satisfaction in knowing that he was probably throwing things at people around in a fit of anger, right about that time.

I dashed in to get my car keys and got into my car as I signaled Hamid to open the gates. I hated suspense and being kept out of the loop. I wasn’t going to drink, no, not tonight, and maybe not until I could point out what had been making me off my game recently, but I needed to find out who the guy that dropped me off was first. The guys at the club of course wouldn’t have allowed just anyone drive me off even if I was not in my right mind. So, they’d know.

‘No idea, man! You were so out of it last night and completely out of character. You passed out after mixing and woke up about a half-hour later, drudgery, very drunk and bent on driving.’ My favorite bartender, Bami, narrated as I walked into Club Ashroof some hours before normal opening and asked if he knew the identity of the guy who had driven me home. My phone rang again and I unceremoniously silenced the call without checking the caller ID.

‘I’m listening, continue,’ I told him when he paused as soon as my phone rang.

‘Well, the bouncer, Big T, had to come for you, but you were still bent on driving home, claiming you weren’t drunk. See ehn, between the way you shoved your friend and your actions when you woke up, I was so sure you were a clone.’ He continued.

He was not alone. Even I felt like a clone as people narrated out-of-character things I’d done under the influence.

‘Later,’ Bami went on with his narration when I didn’t say a word, ‘by the time Big T came back inside, he said someone had taken you home. I figured it was a friend but then he said, it was a doctor guy who had helped him reason with you and had finally prevailed over you. I’m sure he took his name, but I didn’t ask. Here let me give you his number so you can ask him.’ I nodded gratefully as I took down the bouncer’s number as he rattled it out.

As I was saving the contact, my phone rang again. The caller ID read P.I. It was my private investigator. My heart dove deep into my stomach as I finished the save and slid the answer option on the call. ‘Hello, Mr Kalejaiye. I just sent some update to your email. You should see it.’ His usual abrupt manner neither fazed me nor surprised me, neither did the prompt beep that indicated he had hung up the call. That was just fine by me. The guy was good and professional, that was all I needed.

My heart did a small dance and then it quieted as I reminded myself that an update might not necessarily be good news. Oh man! What I would do for even the minutest detail about Rowan’s life! So, despite the fact that I knew I was probably setting myself up for some heartbreak, my heart danced again as I jumped off the barstool, throwing a rushed ‘Thank you’ at Bami and dashed out of the bar into my car. All thoughts of the mystery chauffeur gone, I just couldn’t wait to be alone and see what KC had for me.

But then maybe I should have learnt from past experience that good news was not a norm in my life. Usually, it was so far away that I wondered if it even existed or when it would come into my life, if it did.
Either way, I couldn’t tamp down my excitement as I opened my email to check the report.

Sweet dear! What on earth?!

Just great! More mystery! As if we’ve not had enough! Once again, who on earth is Rowan? Remember her from the third episode? And why does Skinny need a P.I. to find the minutest detail about her life? Let me know your thoughts in the comment box below.