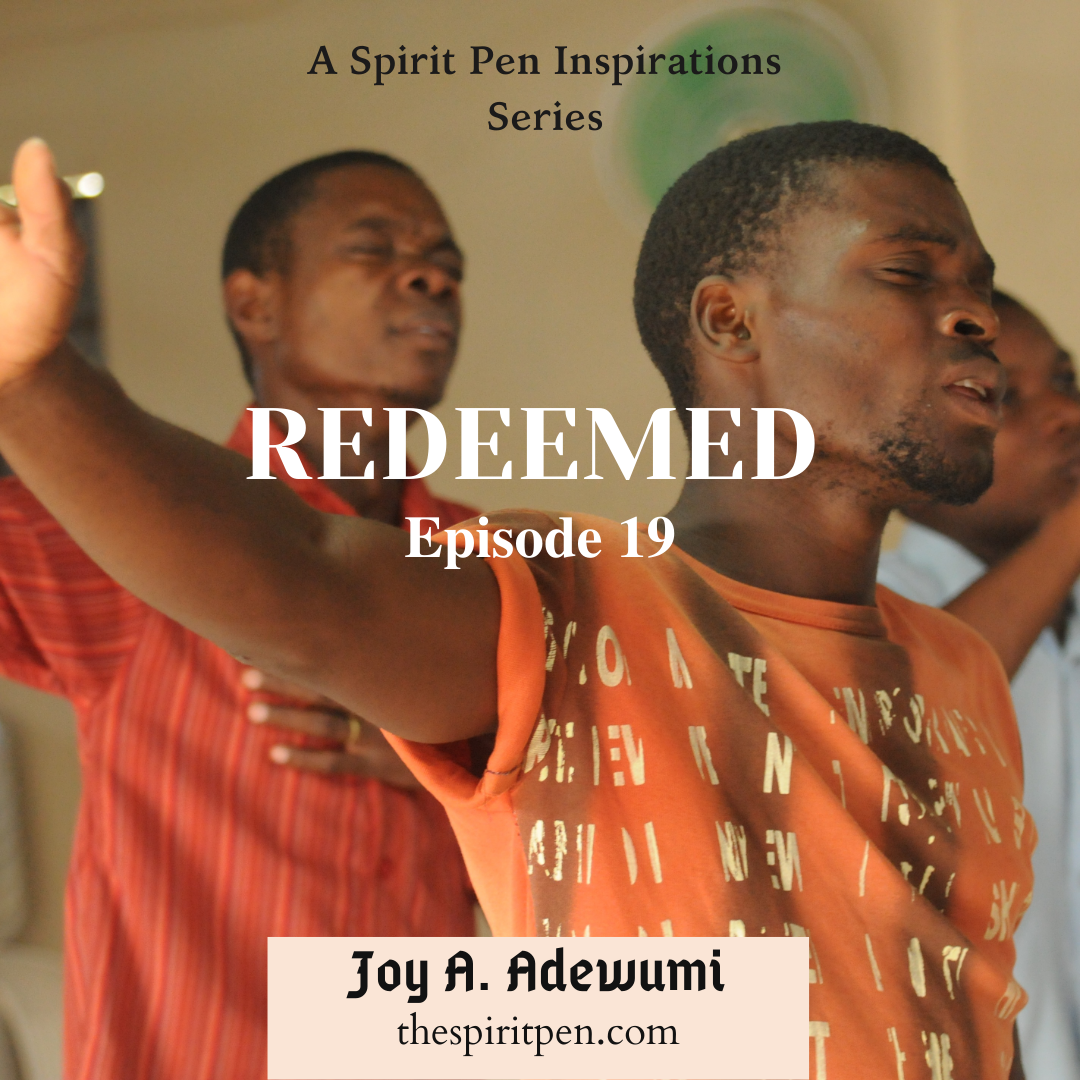 WRITTEN BY JOY A. ADEWUMI

A smile danced on Doc’s lips as I appeared outside my gate the next morning.

‘Good morning!’ He chirped, his tone a far cry from yesterday’s exhaustion.

‘Good morning!’ I reciprocated, his growing smile inciting one on my lips.

‘Hop in!’ He directed and I slid my lanky frame in after I opened the passenger’s door.

He took a look at my get-up and smiled, ‘You certainly don’t do a lot of formal outings, do you?’ I smiled nervously, not enthusiastic about sharing the real reason I was on a body-hug designer vest and my favorite chinos, with designer sneakers to finish the ensemble.

‘Well, I’m a writer-‘ at least that was what I was when I wasn’t being bullied into running one errand or the other for Otunba, ‘- so, I seldom have reason to get into a suit or…’ I trailed as I realized he wasn’t wearing a suit either. He had simple attire made out of the Senator material on. What could I possibly say to that?

Everyone knew the average Lagos big boy, who is most likely a Yoruba demon, which I most certainly was… or had been, had a wardrobe of everything traditionally stylish.

Doc chuckled as he maneuvered out of my estate and said as we drove into the freeway, ‘It’s okay man! Whatever it is, as far as it is decent, is fit for God’s house. I don’t think there’s a dress code.’

I smiled at that and nodded as I got more comfortable on the ride.

The church service was certainly not what I’d imagined it would be. I was half expecting to see a bunch of uptight older fellows with closed expressions and absolute sobriety. The little I could remember about attending church as a kid involved mum always making sure we not only wore our best, she also made sure we were on our best behavior. Most of my vivid memories were ones from my childhood, not so much my preteen years and from what I could remember, church was just like the formal events Otunba forces me to attend.

You can however imagine my surprise when I realised that the congregation I was to worship with that morning was in fact a youth church as Doc called it, with what I’d estimated as I looked around to be a ninety-eight percent young adult population. I instantly felt at home!

The service was great! The worship was an experience; I wished it would go on forever, though mostly I simply stayed quiet because I didn’t know any of the songs that were sung. But the atmosphere took on a paradox of calm and charge that made me want to whoop at some point. It was divine. While we prayed, I couldn’t get over the beautiful feeling of inclusion. And I saw the reason why this congregation of hundreds of young people would rather be here on a weekend morning rather than sleep in and catch some extra rest before the work week began the next day. It was certainly because of this feeling I couldn’t fully explain.

The same feeling that cocooned me as we raised our voices in unison and prayed collectively about several issues, both for others and for ourselves was intense and out of this world. I’d never thought myself an emotional person, but I could hardly explain tears that burned at the back of my eyes as my voice melded with the rest of the congregation and I thought in my heart,

Yes, this is it! I am a part of this body. I am a Christian.

After the warm rendition by the choir- which I absolutely fell in love with- the pastor mounted the podium and stole my attention for the next forty-five minutes or so. I couldn’t even recollect moving an inch from the position I was when the sermon began till the end when he urged the church to rise up to pray.
He’d spoken about the joy of salvation. A joy that can’t be replicated in any other experience. A joy that is exclusive to redeemed and blood-washed saints. A joy that floods the soul of a man whose life has been taken over by its rightful Owner. A joy that even the angels in heaven will never get to experience because Christ never died for them. A joy that produces tears in the eyes of a full grown man, because it speaks of a love irresistible. Love that made the only Son of God leave His glory above to die for both an undeserving world and worlds unborn.

Then I remembered that joy, as I’d felt it that day in my living room and every single day since. Tears burnt behind my eyes and I barely held them back. And I was reminded yet again of the reason why I could never afford to give up this new life for anything in the world. Not for the drinks I was always sore tempted to return to or even for my resentment towards Otunba.

As the pastor prayed after the sermon, he enjoined us to thank God for that joy and the experience that birthed it, if we were beneficiaries, and to ask God for grace to hang on to it. Never to leave it for anything in the world. And I prayed with all my heart as I fell to my knees, knowing somewhere deep within me that the prayer was raised for me.

When he was done, he apologised to the church in advance for needing to take their time a bit more, as he announced that during the sermon, the Holy Spirit had instructed him to throw out an opportunity for someone to come share the testimony of his or her salvation before the service closed.

A deep hush fell on the church and I looked around like many others around me, wondering who would volunteer and expecting a hand or more to shoot up. But even as I did that, I felt a stirring in my spirit to shoot my hands into the air and volunteer. I shifted uncomfortably in my seat, as I looked around once more; willing someone else to raise a hand, but the big room remained without a single hand in the air.

Beside me, Doc chuckled and said quietly, ‘You should raise your hand already.’

‘You look like you’re struggling with the urge to go, and I don’t see anyone else raising their hands.’

‘Why don’t you go?’ I asked confused.

Just as he was about to answer, the pastor beat him to it as he said, ‘I know this is unusual, but this is for two specific people. One, the person who would bring blessings to numerous souls through his testimony and second, the specific soul heaven has prepared to be saved through this testimony. So don’t second-guess the nudge and just come forward.’

I swallowed hard as the nudge got more urgent and my breath hitched when I realised I was actually going to do this. My testimony was going to touch someone. This meant a lot to God and so it did to me too. Doc clapped a hand on my shoulder and squeezed encouragingly just as I was about to stand up, a hand shot up somewhere towards the front row.

I didn’t even consider that as I stood up and began walking towards the podium.

I made a fist and swallowed hard as I thought about simply turning back and going to my seat. At least someone else volunteered. But my feet kept going forward and the pastor smiled as I walked up to the space an usher directed me to stand- where the choir had stood to offer their rendition earlier. The microphone was handed to me and I thought,
Here goes nothing…

************************
It’s Skinny’s first church service in forever! Who else feels actual joy pumping through their veins for our lead character? Did you feel the beauty of that service through the text? C’mon! Leave a comment and share your thoughts with me.

Thanks for your precious time here on the blog. I hope you have downloaded your free copy of my new eBook- Dare to Hope. If not subscribe below in the subscription prompt to get yours. God bless you abundantly.