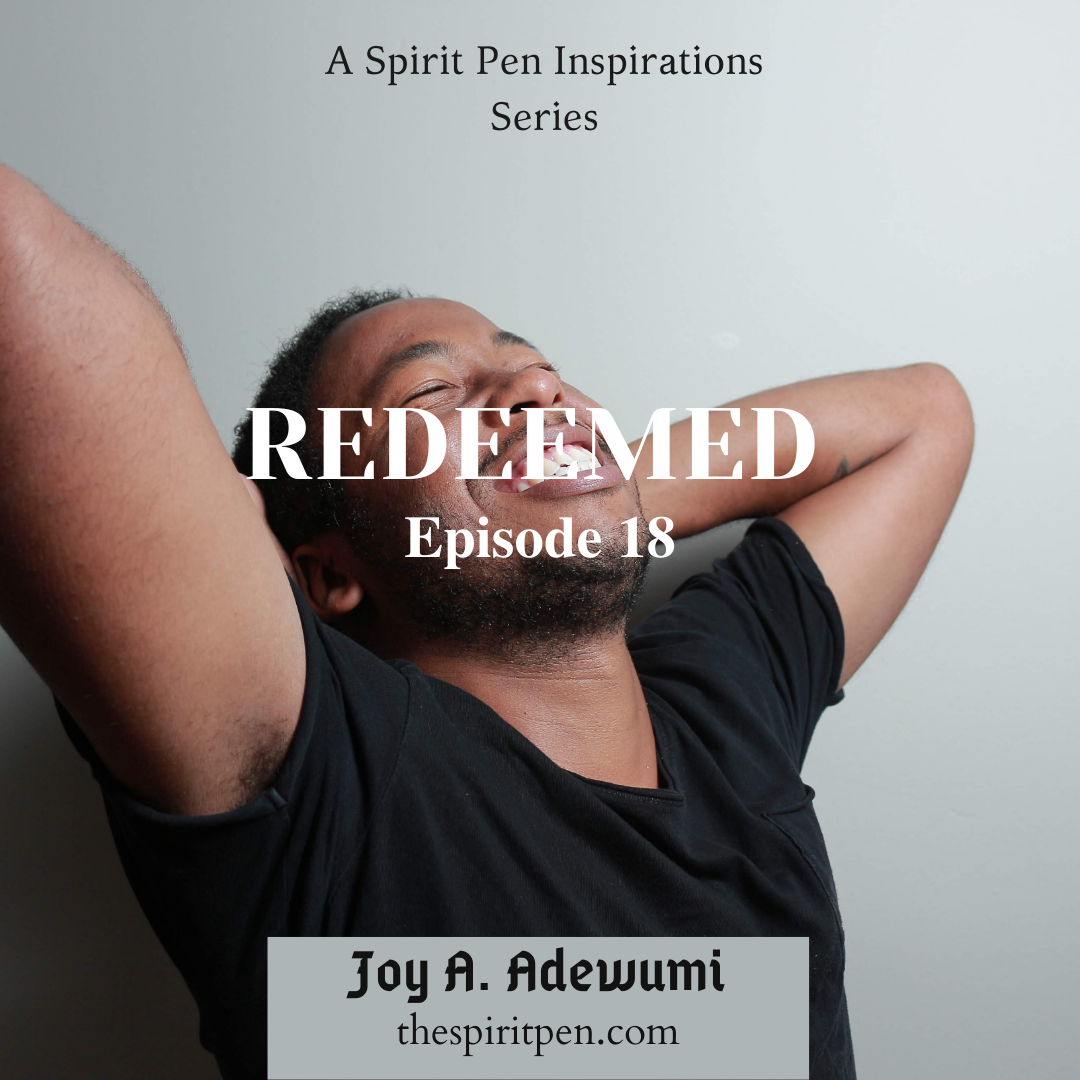 ‘Yo, man!’ I smiled as BJ breezed in to the upscale restaurant where I had requested he meet me.

‘Hey, yourself!’ I replied, standing up to give him a handshake and shoulder bump.

‘Man! You certainly don’t look like you spent some time in the hospital just earlier in the week.’

‘Right?’ I smiled again. ‘In truth, I don’t think I’ve felt better in my whole life.’

‘Yea, and once again, BJ, I just want to thank you for coming for me that fateful morning.’

‘Oh, come off it man! That’s what? The hundredth time? Man, you’ll make me cringe.’ BJ replied and I chuckled.

‘No man, really, over the past few days, I haven’t been able to get it out of my head that I could have died if you hadn’t come through.’

‘But you didn’t die.’ BJ countered.

READ ALSO: Have You Found Honey? – A Short Story

‘Because you obeyed that urge and rushed down to my place.’ I insisted and my G shrugged.

‘Okay man! You know I’m straight right? Like totally straight!’ BJ asked and I chuckled, surprised at his question and wondering where this was headed.

‘Okay, good that you remember that. Just wanted to say you glow man! I don’t know, it’s just… You look…’ He said trailing off like he was searching for the right words.

‘Happy? Peaceful? Comfortable in my own skin?’ I asked and he alternated between opening and closing his mouth.

Then he chuckled and said,’ Well, there you said it. I was hoping to be not-so-mushy, but those are the exact words.’ I howled in laughter, now understanding why he had to reassert that he was not gay. ‘So, what’s the deal man?’ He then asked as my laughter died down, and added immediately before I could reply, ‘Yo! Not that I’m not happy for you, I mean, I’ve honestly never seen you so relaxed like you don’t have a care in the world, and seeing you like this makes my heart full, man! But there’s got to be something right? I mean the last time I saw you; you were fresh from the hospital and were worked up by your dad’s presence, so certainly this can’t be a mere result of recuperating. In fact, it looks like it’s straight from the heart.’

As he spoke, I smiled and leaned forward, placing my hands on the table between us as I shifted my Coke.

‘Yea, you’re right man. This isn’t just a result of recuperation. It goes beyond that. Something happened that afternoon after you left.’

‘Oh?’ He asked as he leaned closer waiting to hear my story. Then I went ahead and told him about Doc Damz, our first encounter, which I by the way, alongside the other ones I couldn’t remember, had now remembered over my last few days of complete sobriety. I then went ahead to tell him of my encounter with Doc at the hospital, our discussions, well, leaving out details of my outburst at the café. And finally, I reiterated the events of that afternoon after Otunba left.

‘Oh boy!’ BJ exclaimed as I finished and he alternated between leaning back and forward, probably not quite able to take in my story.

READ ALSO: The Beam in Your Eyes – A Short Story

‘Are you serious?’ He then asked, and I nodded with a straight serious face.

‘No way!’ He exclaimed again as he realised I was in fact serious.

‘Mehn! Skinny? You, SU?’ He asked laughing and I chuckled alongside.

‘Well, I’d like to think of it as Christian.’

‘Oh my! This guy, you’re serious oo. Wait, are you serious?’ He asked again and I laughed.

‘What time is that again? The hundredth?’ I asked borrowing his words from earlier and he laughed again.

‘I don’t even know what to say!’ He replied, throwing his hands up in the air.

‘Not seeing you at the bars and even seeing you take this weird coke, I chalked it down to you recuperating and staying away from what almost killed you, little did I know that the thing deep pass that one.’

‘Well guy, you wanted to know and there you have it.’ I commented as I took a swig of my Coke. He was right though, this Coke wasn’t my thing. Somehow, I still craved the strength and taste of my drinks, but just like every other time during the past few days since I became born again, I try to relive the sheer joy and peace that flooded my soul that fateful afternoon. And I recalled how even my favorite drinks mixed on the bar counter that afternoon held no torch to the calm that cocooned me. That way, I reminded myself that those drinks would never give me this new life I cherished and wanted so badly to keep. I loved what I now had. And even if no one else testified to it, I could the feel the change in my whole being, but then, not only BJ had testified, Hamid had, and so had Mrs Ike, my housekeeper. This was what I’d always wanted and now that I had it, there was no way I was letting it go even for the strongest mixtures. I didn’t know what the next days would hold, but when I mentioned that to Doc, he’d said, nothing comes out of worrying about tomorrow. He’d said Jesus had even commanded that we don’t worry about the troubles tomorrow might bring as each day comes with enough troubles of its own. He had admonished me to simply live each day at a time and pray for grace to go through each day at a time. That was the way to win, he’d said. And that was exactly how I’d been living and winning these past few days.

‘But man, what about Otunba?’ I fixed my eyes on BJ and asked as my jaws tightened instinctively.

‘Yea, what about Otunba?’ I asked with my eyes narrowing with each word.

BJ squirmed slightly in his seat as he said, ‘Well, I mean, now that you’re a Christian and all, are you gonna make peace or-‘

‘Bolaji-‘ I interjected, and his eyes widened in surprise. He probably couldn’t remember when last I called him by his given name. I couldn’t either, but as my muscles bunched up at the mention of Otunba and my fingers drummed involuntarily on the table, I wasn’t in the mood for nicks, ‘- something tells me, we both will be happier if you stopped talking about Otunba, right about now.’

I swallowed as my body relaxed and I shook my head at his apologies, ‘No man, it’s my bad, not yours. You had a point and I’d be lying if I said I haven’t thought about it. But like Doc said, when that bridge comes into view, Jesus won’t leave me to deal with it alone. I’ve simply chosen to live on moment at a time and deal with my issues one at a time.

BJ blinked rapidly at my words and I chuckled at his reaction.

‘In the meanwhile however, I’d rather not invite trouble when it’s not knocking.’ I finished.

BJ nodded his head at me and said, ‘You’re right… I think?’ I howled in laughter. The guy apparently was watching his words, not sure what to say to a Christian.

As I laughed harder and he gave me the stink eye, he asked if he could order alcohol and I shrugged. He looked skeptic though. As he ordered, I knew this would be the ultimate temptation.

Maybe I should excuse myself and bolt, but just as I was wondering, my iPhone rang on the table and as I glanced at caller ID, I found a better means to stay sober even while staring at open bottles of alcohol.

‘Hi, Doc!’ I greeted and Doc’s tired voice answered on the other hand.

‘Just finished a shift?’ I guessed and his chuckle replied even before he did. Download Your Free Copy of Dare to Hope by Joy A. Adewumi

‘Well, you know these things. Anyway, before I get home and hit the sack, I just wanted to ask if you wouldn’t mind coming with me to church tomorrow.’

‘Church?’ I asked as my jaw dropped and I blinked. Of course, church! Wasn’t I a Christian now?

Doc laughed on the other end and BJ chuckled opposite me. I threw the latter a stink eye and scratched my head as I considered the invite. Of course, I didn’t mind, so to say, I just wasn’t sure how I felt about going to church. But was I supposed to feel something? So, I nodded even before I spoke my assent and Doc told me he’d pick me on his way the next day.

Of course the next day was Sunday! Wow, this certainly was a new life. To think Sundays would now regain significance in my lifestyle, after about thirteen years. Mum was a church person and despite the fact that I never remembered my dad’s shadow darkening a church’s entrance, Rowan and I never missed a service under mum’s watch.

As I dropped the call, BJ chuckled again and teased, ‘Guy, I guess you’ll have to get into a suit or Ankara or tuck in a shirt tomorrow or something.’

He knew I hated all of those with a passion, because whatever required that I play dress-up always had to do with Otunba, when I was forced into a meeting with him, or I was representing him at some function or the other.

Either ways, dress up did not become me and somehow, I didn’t want my Sundays to remind me of Otunba. So, I wondered if it would be rude to show up tomorrow in a casual wear I would wear to an expensive club. Well, maybe minus the chains and bling…

************************
Wow! It’s been a really exhilarating journey to redemption with Roland Oluwatomiwa Kalejaiye, which we all fondly refer to as Skinny. Thanks for coming along for the ride.

Now guess what? We have just one weekend to go in this series and it promises to be a grand finish. So sit tight guys till we come around to finish this beautiful series next week!