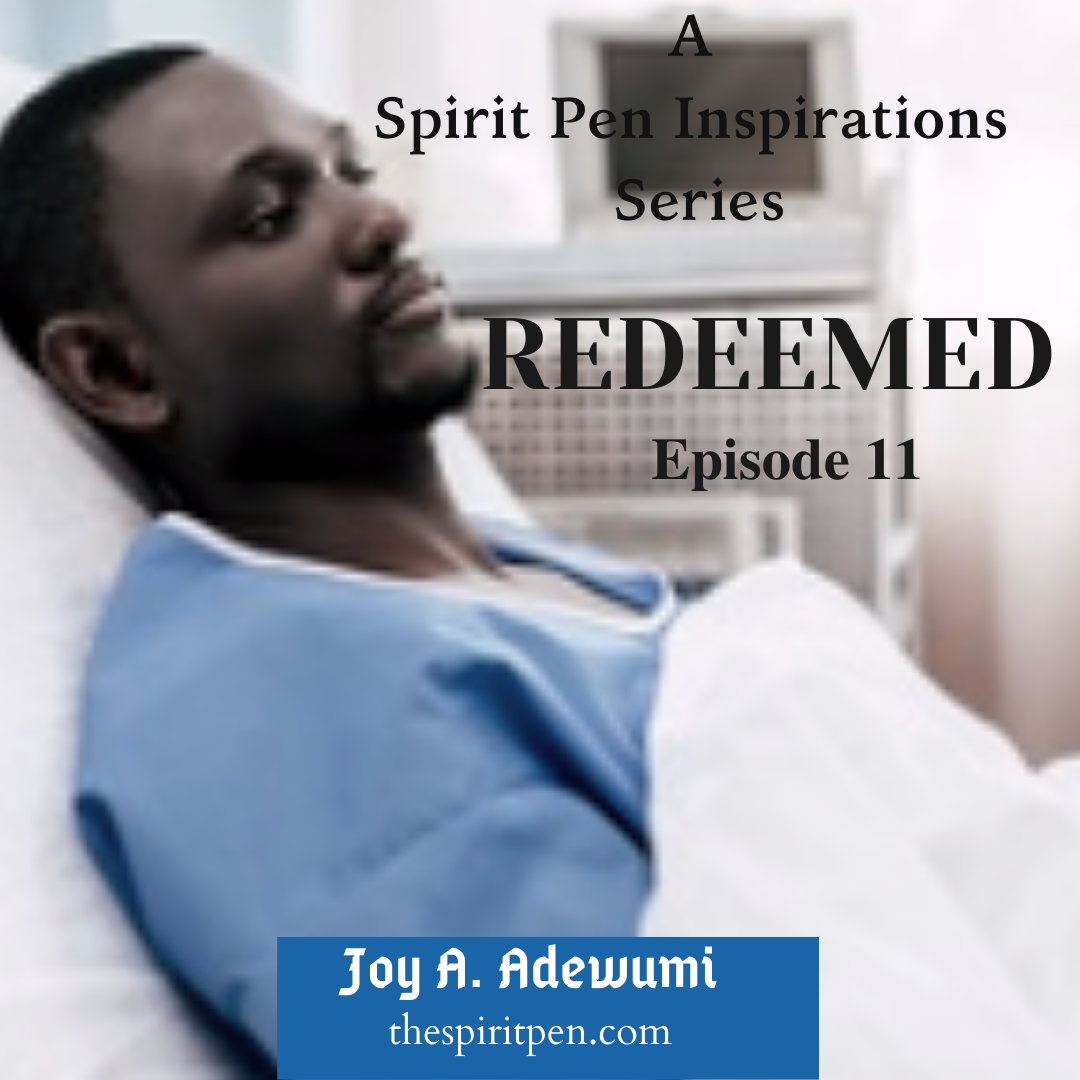 BJ hooted at Roland’s gate unable to shake off the heavy feeling on his chest. He just hoped Roland had not come home to get wasted last night. Now, getting wasted was not a new thing, and he supposed if he was home, he should be glad he probably did not hurt anyone, but the question was:

What about him? Did he hurt himself? That could be the only explanation for the weird feeling BJ had been having since last night. He was supposed to have an appointment in two hours, and he’d just finished with one. So, he hoped he could confirm Skinny was fine and dash out to his next appointment.

As he drove in, he stopped a second to ask Hamid if his boss was in.

‘Yes, he never commot since he don enter yesterday night.’ Nodding with relief, BJ drove in. Now, he just had to confirm nothing other than a hangover was wrong with his G.

BJ’s jaws dropped and his eyes widened like saucers at the mess in Skinny’s living room. What the heck! A couple of his artworks were on the floor- shattered to smithereens. There was a noticeable crack on the flat-screen TV and a few stools that belonged at the built-in bar were at odd places in the living room.

BJ rushed straight into the room but stopped in his tracks when a phone rang from the general direction of the dining room. Skinny’s no doubt. Rushing in that direction, his heart banged against his chest as he found Roland sprawled on the floor beside the bar. He was wearing a white shirt and one of the sleeves was stained in a patch of blood.

BJ crouched, hoping what he feared was not the case. He held Skinny’s face in his hands and shouted his name as he slapped him repeatedly willing him to rouse. He lifted the bloody arm and found a broken piece of glass stuck in the skin- accounting for the patch of blood. With a small sigh of relief, he removed the glass, dropped the hand and yelled his friend’s name again, slapping him harder this time, hoping to call him back to his senses.

Then suddenly as he glanced up to see what Skinny had been drinking before he passed out, alarm bells went off in his head when he saw the variety of drinks on the bar counter and the aspirin container just beside. What the heck?! Buy The Reunion and Get Spring Free

With more speed than The Flash himself could muster, BJ rushed out and called Hamid to open the gates, then rushed back, grateful for Skinny’s stature as he lifted him, dropped him at the backseat of his car and zoomed out.

Femi stepped out of the way as a young man probably in his mid-twenties rushed into the Emergency Unit with another lanky guy in his arms. Two male nurses rushed to his aid and they laid the obviously unconscious young man on an empty bed. As the excitement died down and a doctor began attending to the group, Femi continued on his way to where he was originally headed, but he couldn’t help but notice the guy’s face and he did a double take! Backtracking a few steps, he moved closer and yes! It was the dude from two nights before. The drunken one.

What on earth could have happened?! He glanced at the attending doctor and was glad it was someone he knew. He made a mental note to seek him out later and ask about the emergency patient in his care.

My eyes hurt like crap as I pried them open. The odour that assaulted my nose as my faculties came alive was a strong one. It smelt of disinfectants, drugs and hospital in general!

What on earth happened to me?!

I tried to call out to a nurse who passed by, but my voice croaked like I hadn’t used it in a while. I looked around me, hoping to at least find my phone so I could check the time, but I found nothing. I tried to recall what I could about how I got here, but my latest memories were those of the annoying meeting and me leaving the club.

Did I get into an accident? I remembered I wasn’t drunk when I drove, but I tried nonetheless to move my limbs and though they all complied with no obvious pain, I didn’t miss the IV fluid being passed into my system by drip. So maybe not an accident, but what then? Did I mix something again and drink myself to a coma? I groaned at my stupidity, despite my decision to stop drinking till I could get my act together, I suppose the meeting drove me to break my resolve.

Another nurse was coming along, so I cleared my throat and called out. She dashed to my bed, checking all sort of stuff around me and then rushed to call the doctor.

A relatively young doctor came rushing towards me with the nurse and I spoke, ‘Hi Doc! Uhmmm… Sorry I can’t really remember much. How- how did I get here?’ The doctor shone a light on my eyes while pulling up my eyelids.

Then he smiled at me and replied, ‘Hi, Mr Kalejaiye. I am Doctor Ugo and I’m glad to have you back. You were rushed here yesterday morning by your friend, Mr Bolaji Freeman, if I remember correctly and you’ve been unconscious since then. You had alcohol poisoning, Mr Kalejaiye and we had to carry out alcohol detoxification on you and kept you hydrated via intravenous fluid while we waited for you to regain consciousness. I’m particularly glad to see that your facilities are all working great.’ The nurse too was smiling and I wondered why they looked so happy like it was their family who just woke from a coma. Wasn’t I just supposed to be a random patient? But that was by the way.

Alcohol poisoning? Seriously? So I asked, ‘Doc? Alcohol poisoning? What could have caused that?’ The doctor chuckled dropping my chart on the table beside my bed and tucked his hand in his coat pockets. What was funny? I asked a flipping question!

‘Alcohol I suppose?’ Oh! Now I saw what was funny.

Okay I didn’t mean to sound stupid, especially as I’m sure he must have found out that I was actually drinking when I passed out, so I clarified, and rephrased my question, ‘I get that part Doc. It’s just that I’m not new to alcohol and I hold my alcohol well. So, what could have been new?’

The doctor pursed his lips as he stared at me, then I realised how much of an alcoholic I sounded like at that point. Great! He answered nonetheless. ‘I believe what was new was the alcoholic content of the cocktail you took. Alcohol poisoning is as a result of heightened levels of alcohol into the blood, more than the body can handle and often times than not, it happens over a short period of intake of high alcohol content.’

Jeez! What in Pete’s world did I mix?

‘In your case,’ the doctor continued, ‘judging by what your friend told us of your recent intense drinking and what he found in your house yesterday morning when he rushed you down here, I think your poisoning was as a result of both an accumulation of the strong brews you’ve been ingesting lately and the onetime poisonous ingestion from two nights ago. Vodka and Red wine? Plus painkillers? Wow! I trust since you know your alcohol, you should know better.’

‘What the f-‘ I was exclaiming as I saw the nurse’s widened eyes and caught myself before I said something foul. Vodka, Red Wine and pills?! That was like a suicide attempt! And I certainly wasn’t suicidal! What on earth was I thinking?

The doctor smiled and continued, ‘You sure are a lucky man! We might not be having this conversation if your friend hadn’t rushed you in when he did. This is because the alcohol absorption by the blood increases with time and if medical care is not administered, it could be really fatal. As it stood, you were already critical by the time he brought you in.’

I blinked at the doctor and raised my palm to rub it against my face, then, I noticed the small patch of plaster on my hand. Alarmed I asked, gesturing to the arm, ‘And what about this?’

‘Oh that! Your hand landed on a piece of broken glass when you collapsed. It caused a small gash.’ I nodded and licked my lips.

Then I asked again, ‘When can I leave?’

‘Hmmmnn… I’d like to keep you under observation for a few more hours. You were out if it for too long and I want to make sure there are no delayed complications. Tomorrow morning at the earliest, we can think about your discharge.’ He replied and I nodded.

‘Any complaints? Pains?’ He asked and when I shook my head. He smiled and joked, ‘I would have said get some sleep but you’ve been at it for over 24 hours already, so just get some rest. We’ll have to keep hydrating you. I encourage strongly that you stay away from anything alcoholic and keep yourself hydrated after you’re discharged.’ I nodded again and watched him leave while the nurse came closer and adjusted something on the drip I was receiving.

I suddenly thought of something and stopped the nurse as she was about to leave.

‘Sorry nurse but I need a favour.’

‘Oh! Ask away.’ She replied displaying a smile that featured beautiful white dentition.

‘Can you please help me watch out for visitors? I’d rather not receive anyone who isn’t the guy that brought me here yesterday. Family or otherwise.’

The lady stared at me for some seconds, no doubt taken aback, and then she caught herself and replied with another smile, ‘Yea, sure! Will that be all?’

‘Yes, thanks a lot. You guys have been amazing.’ I replied with a small smile.

Her smile reached from ear to ear at the compliment as she replied, ‘It’s alright. It’s what we live for.’

‘That’s cool! Thanks again.’ I said. She nodded at me still smiling and then walked away.

Wow! That was a really close call for Roland! However, it’s one thing to know you’re headed down a destructive path, it’s another to be able to use the break. Do you think this close call will help him put his act together or do you believe what is driving him down that path of self a destruction is more than he can handle? Let me know your thoughts in the comment box below.