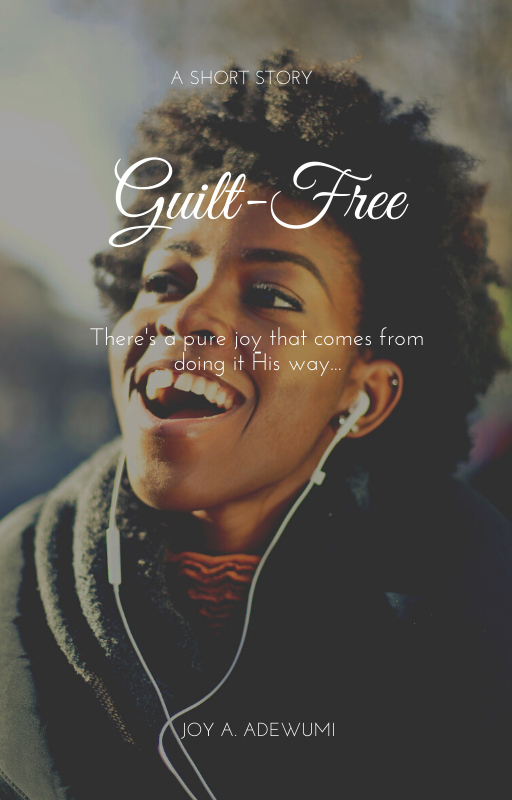 It was a beautiful rainy and cool Friday evening, perfect TGIF mood and perfect recipe for blankets, desserts and Netflix, but Rhoda was killing the mood without even trying.

Rather than the normal talkativeness at the table as we took light dinner before settling into the delicious order of the evening, my roommate was brooding and pushing around my legendary Jollof rice on her plate. She hadn’t even eaten a grain.

I had plans for tonight, beautiful plans that did not involve pulling out a moody best friend out of her melancholy, but apparently there had to be some adjustments to the plan.

‘Madam, I don’t know if you’ve noticed but you aren’t eating.’ I commented after a while.

‘I don’t have an appetite.’ The human being had the effrontery to say! She was kidding right? This is my legendary, literally award-winning Jollof rice we are talking about here!
Even invalids develop appetites when my Jollof rice is on the menu! Besides, Rhoda always had an appetite. “Always” being the operative word.
She had to be kidding and I told her as much.

‘Madam, you can’t not have appetite. It’s not possible. I’m not trying to brag here but it’s my Jollof rice we are talking about. Perfect way to start a good weekend, and somehow you’re beginning to ruin the feel. So because I’m miffed and I deserve an explanation, I’ll skip trying to reason with your lack of appetite and ask you straight up what is eating you up alongside your buoyant appetite.’

Rhoda dropped her spoon with a deep sigh and leaned back against the chair.

READ ALSO: Even in Murky Waters…

I dropped my spoon too at this junction. Rhoda was the kind of person that believed talking about a problem is half the battle and that was the way she’d always chose to fight her battles. So if she was feeling this way now, it had to be worth her losing her appetite.

‘I promise not to judge but I can’t help but pry. You know what you always say right?

‘That’s your mantra, now prove you’re no hypocrite and spill!’ I coaxed softly as I moved closer to her and wrapped my arms around her back, squeezing her shoulder on the other side.

Rhoda released a shaky breath and shook her head as she dropped her head and said in a voice that was almost a whisper. So quiet that I had to strain to hear her.

‘My new boss, you know the one I said came over from the US to inherit the company?’

‘Yea, the supposed privileged spoilt brat that turned out to be a competent hardworker and winner both at work and womanizing. Yea, how could I forget? Every dinner you’re always somewhere between ranting about his scandalous lifestyle and gushing at how brilliant he is at work!’ I was hoping she’d at least smile, but though she didn’t smile, the tautness in her shoulder eased a bit as she used one hand to swat my shoulder in a manner of mock-scolding.

‘Well…’ She then continued,

‘Yesterday, a 6-weeks leadership training that would take place in Colorado, US, was announced, all expenses paid by the company and today he slipped it in during our one-on-one status meeting that we should have a dinner date to talk about my prospects of being among the selected five to go for the training.’

A dry chuckle escaped Rhoda as she finally raised her head and let it stay up. Then she dragged one palm down her face as she replied shakily,

‘That’s the point. It’s so cliché and I should have walked out of that meeting with some power statement about how he can go ahead and eat his training for all I care, because I wasn’t going to trade my dignity for one measly training. But I couldn’t. Dammy, not only could I not say that to his face, I haven’t stopped considering it since then. It’s both infuriating and exhausting at the same time. I feel low and cheap.’ A lone tear leaked from a corner of her eyes and I quickly wiped it off with one finger.
Then I asked.

‘Dammy, it’s a “date” in his penthouse suite.’ She replied cutting into my train of thought.

‘Oh!’ Was all I could answer and then asked again as I glanced at Rhoda’s worn and exhausted face. ‘Rhoda, is there a reason you’re seriously considering this invitation?’

Shaking her head, Rhoda dropped her head again as if she was ashamed of her words and my heart broke for her confusion.

‘You know how I was always complaining about how the former boss was so sexist and backward and how even the board of directors consisted of just one older woman very close to retirement. Well, I was hoping since I qualified for the training selection that I could probably use it to boost my portfolio and be a candidate they can’t easily overlook next time a promotion opportunity pops up.’

I simply sighed beside Rhoda as I also leaned my back against the cushion. I could scold my friend and tell her not to even consider the matter again! She had to take her stand as a Christian and all that, but not only did she know all of that and was still confused, it was also easier said than done when you’re exactly in those shoes.

Besides, telling her all that won’t help any, considering she was already feeling cheap as it was for even being stuck at the valley of indecision.

So I simply sent an SOS to God for help.

Then a thought occurred to me.

‘Rhoda!’ I called suddenly as I jerked from my leaning posture and she did too in surprise.

‘You know how you always said your being in this company in the first place is nothing short of a miracle?’ She nodded her head and I could see the guilt clearly in the tears that shone in her eyes.

‘Well, I need you to know your ticket to the next level, whether it is this selection for the training or something bigger is going to be from God too.

‘This new boss might not be denying ladies the opportunity to be selected for the training outright, but you need to know it doesn’t make him any less sexist. Think about it? Is he demanding anything of the men in exchange for their selection prospects?

‘More so, do you think you’re the only one he’s propositioned? Most likely not.

‘If you play into his hands now and get selected? What’s to say he won’t do the same when a promotion opportunity comes around and if you say yes now, what’s the point in saying no, when the stakes are higher?’

Right now, the tears were streaming down Rhoda’s face and I could tell it was because of how hard it felt at the moment to let go of her indecision resolutely at the altar. I gently wiped some of the tears and continued.

‘Babe, if the only way to get selected for this training is to sell your conscience, then maybe it’s not God’s plan for you. Just remember that God gave you this job and you can’t afford to sustain a gift from God with carnality and sinfulness. It’s not the path of faith, it’s the path of self-management and fear. It was the  sin of Jeroboam the son of Nebat.’

‘It’s no doubt difficult, but with God’s grace we can lay anything at the altar. Ask for grace to trust God to take care of you as He’s always done.’

Nodding her head, she sunk to her knees and right there as I held her hand,  drenched in her own tears she sought forgiveness for grace to trust God resolutely because He had the best plans for her and unlike the best laid plans by men, His would never fail.

When she was done, I pulled her up and said with a mischievous smile on my face,

‘I know just the right antidote for your melancholy! Pizza, ice cream and 16 hours of binge-watching this new K-drama rom-com I downloaded during the week!’

Rhoda sent me a look and whispered,

‘I think it’s worth it because you’re smiling.’

She let out a little laugh and I delighted in seeing the tension and stress wash off her caramel-complexioned face.

‘So, what’s the title?’ She asked as she walked into the kitchen microwave her cold rice.

‘Uh-uh! I knew you wouldn’t be able to stay away.’ I teased and followed her into the kitchen.

One month later. Three men and two ladies were selected for the training and  as soon as they landed the U.S. of A., Rhoda started taking pictures in a frenzy and sending them in an equal frenzy to me.

And each time I saw a picture of my friend bunched up in sweaters and mufflers in the spring weather with a megawatts smile on her face, I couldn’t help but bless God for her decision because I knew Rhoda couldn’t possibly have been as happy and free as she was if she had made the selection by crook.

And Jeroboam said in his heart, Now shall the kingdom return to the house of David.

Whereupon the king took counsel, and made two calves of gold, and said unto them, It is too much for you to go up to Jerusalem: behold thy gods, O Israel, which brought thee up out of the land of Egypt.
1 Kings 11:31; 12:26,28 (KJV)